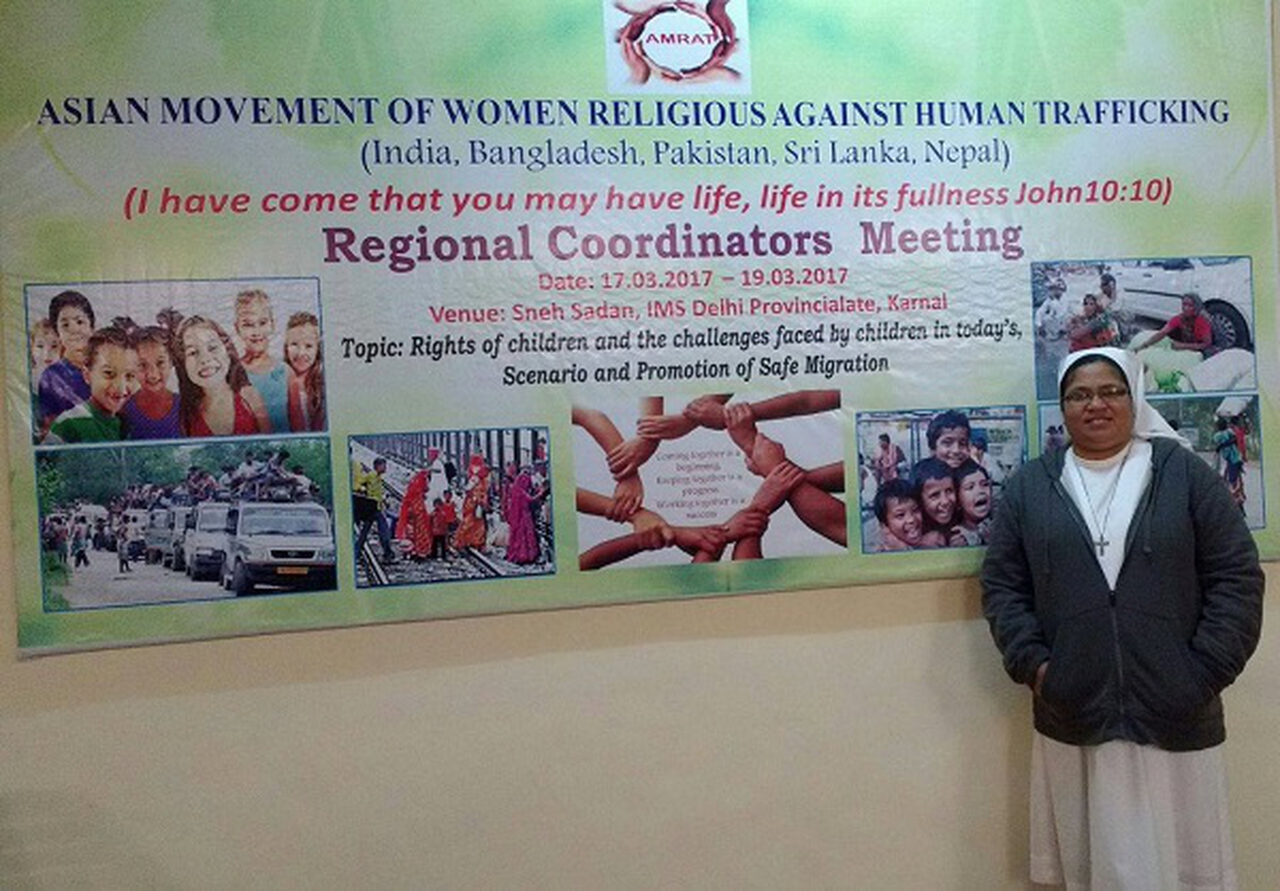 Trafficked victims on the rise in India

As highlighted during the IX Meeting of the AMRAT Regional Coordinators, held in March 2017 (source: https://bit.ly/2tC0IZ8 and https://bit.ly/2Kbkztb), according to 2011 census, India’s population was 1.21 billion (it has now reached 1.35 billion), 30% of which were internal migrants, 400 million have moved from their original places, usually rural areas, to settle down in urban areas in the search of better living conditions. Just one last figure to give you an idea of the number of internally displaced people in the country: in New Delhi 90% of its population is made up of people coming from outside Delhi. Today the situation of exploitation and violation of human rights in India is worse than before, especially because of the increased people on the move, and we know that migrants are the most vulnerable subjects, because of contextual and linguistic barriers, often illiteracy or lack of education, lack of support, structures and networks, and lack of awareness of their rights. Trafficking in children is on the rise, and nearly 60% of the victims trafficked are below 18 years of age.  According to the Human Rights Law Network, quoted during the meeting, the percentage of women and children being trafficked has increased by 10% in 2017 compared to 2016. Of these, 20–30% is below 13 years of age (source: https://bit.ly/2yJr7du).

Sr. Rita Mascarenhas FMA, Salesian sister and former Vice-President of the Asian Network of Women Religious (AMRAT), has been actively working against trafficking in persons in India until last year – when she moved to Italy. She illustrated how the network is involved in all kinds of operations to combat TIP. The network is spread over the Indian territory where this crime is sadly very common, especially in the peripheral, as well as very poor, rural areas. It coordinates actions ranging from prevention - women empowerment, awareness-raising activities - to assistance to trafficked victims by both providing shelters and supporting them to rehabilitate and reintegrate into society.

The modus operandi of the sisters can vary depending on situations. Sr. Rita told the story of how she started to chat with a girl on the train to Mumbai once, and during the conversation she found out that this girl was thinking to be safely going to learn the job of beautician in town, accompanied by eight more girls and supported by a family friend who told her not to speak with a nun. The traffickers are often people very close to the family, even part of the family, or anyway persons trusted by all family members. This is why it is very hard to identify and catch them.

Internally displaced people are the bigger migration flow in India and many of them are subject to exploitation once they leave their villages. The girls coming from villages often show up at centres run by sisters like Sr. Rita in AMRAT. They are provided with a standard salary, according to the norms of the diocese, but they are then offered much more by exploiters and criminals around, and by accepting that they put themselves in danger. They aspire to the only well-off world they heard about, a world where you ‘exist’ if you ‘own’, therefore you need to be able to ‘buy’. Sr. Rita highlighted how they do not know what “human dignity” is and the value of it, for nobody has ever taught them, in fact they sometimes seem to be happy with what they have, and this is the sad part.

Women are the most vulnerable, high-risk individuals in the Indian society, most of them can end up trapped in a loop of abuse and exploitation without even realizing how brutal all this is.

One other important example is, again, very common in India: domestic violence, which is among the main causes of human traffic, because a woman subjugated by her husband is ready to face anything rather that stay in a home where she is basically a slave. Should she manage to escape, she becomes a perfect target for traffickers. Sr. Rita mentioned the case of a girl who was regularly beaten and violated by a husband she had forcefully married. Even when, thanks to the help provided by the sisters of AMRAT, she came out of this situation, she was hopeless, she felt her life was a failure. As Sr. Rita puts it, today women are treated like commodities that can be used and thrown away.

Sisters at AMRAT try to safeguard the dignity of women by reaching out to them to free them from the dangerous situations they are trapped in, and by empowering the victims who are rescued.