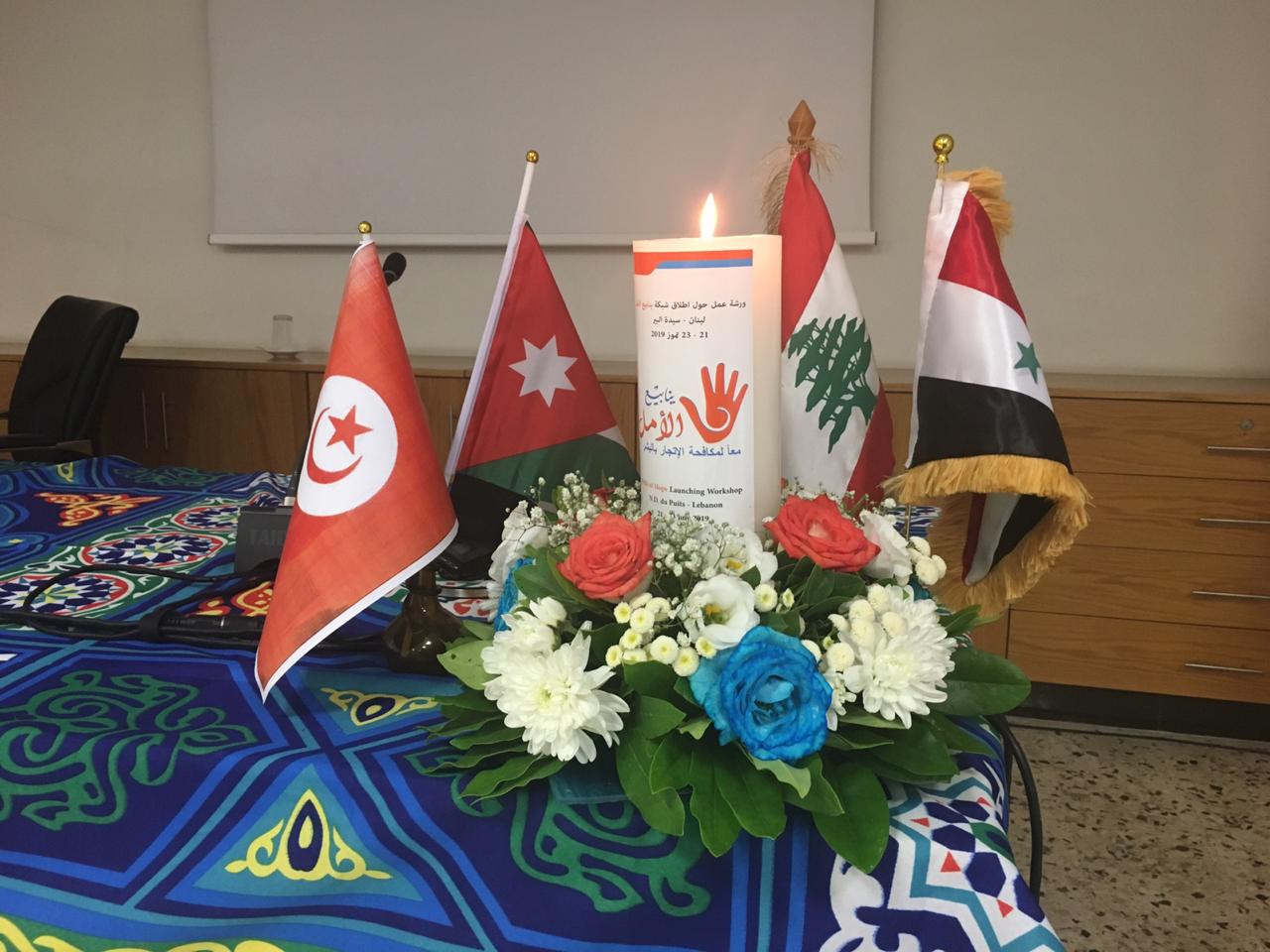 From 21 to 23 July 2019 20 Lebanese, Syrian and Jordanian women gathered in the center of "Notre Dame do Puits" in Bkennaya, Lebanon to define common strategies for a commitment to human dignity, especially women in the Middle East. Trying to overcome the barriers of division, this group of women, coming from different countries and belonging to 6 different religious traditions, has decided to engage, with courage, for the only humanity to which we all belong, officially giving life to the network "Yellabia El Amal "(Wells of Hope).

Photos of the Meeting

The network is a member of Talitha Kum and refers to the Union of Major Superiors of Lebanon. Coordinator for the region is sr. Marie Claude Naddaf.

The meeting is the result of a work begun last September, coordinated and carried out by sr. Marie Claude Naddaf (RGS) and some collaborators who tirelessly visited women of different realities, religious traditions and countries, religious leaders, trying to identify an inter-cultural and inter-religious group, to contribute to the commitment against trafficking in the Mediterranean Basin.
The three days were facilitated by Sr. Gabriella Bottani, SMC, coordinator of Talitha Kum. The meeting was attended by Helga Konrad, member of the Council of Experts (Advisory Board) of Wells of Hope and Pascale Debbané representative of the Vatican's Section for Migrants and Refugees.
The new Talitha Kum network is part of a complex context marked by cultural and religious diversity, insecurity and intense migratory movements, both of those seeking refuge from the war in Syria, and of those in search of work. People arriving in the region and leave for Europe, the United States, other countries in the Middle East and the Gulf. Human trafficking is mixed with these flows. Participants reported that more than 70 countries of origin of trafficked persons identified in the region. They also reported cases of trafficking from the region to other countries and within the same country, mainly due to forced recruitment for criminal acts, forced marriages and labour exploitation.
The main methods of exploitation, although varying in each country represented, are mainly sexual and labour exploitation, especially in the domestic sector and agriculture. A major challenge in the region is to combat the trafficking of persons perpetrated by ISIS to recruit fighters and women for sexual exploitation and other forced services.

Among the identified challenges to be addressed was the need to raise awareness on this issue among the population, leaders and especially risk groups. Human trafficking is not new in the region, the news is to talk about it. Another point identified is the implementation of laws against trafficking in persons, especially in assisting victims. Recognizing that trafficking exists is a fundamental first step to be able to counter it.

Women supported by their faith can contribute a lot together. Several of the participants said that this network has brought hope to their region, dealing with the issue of trafficking is difficult and painful, but fundamental to reaffirm the value of dignity and respect for each person in this beautiful and diverse land.