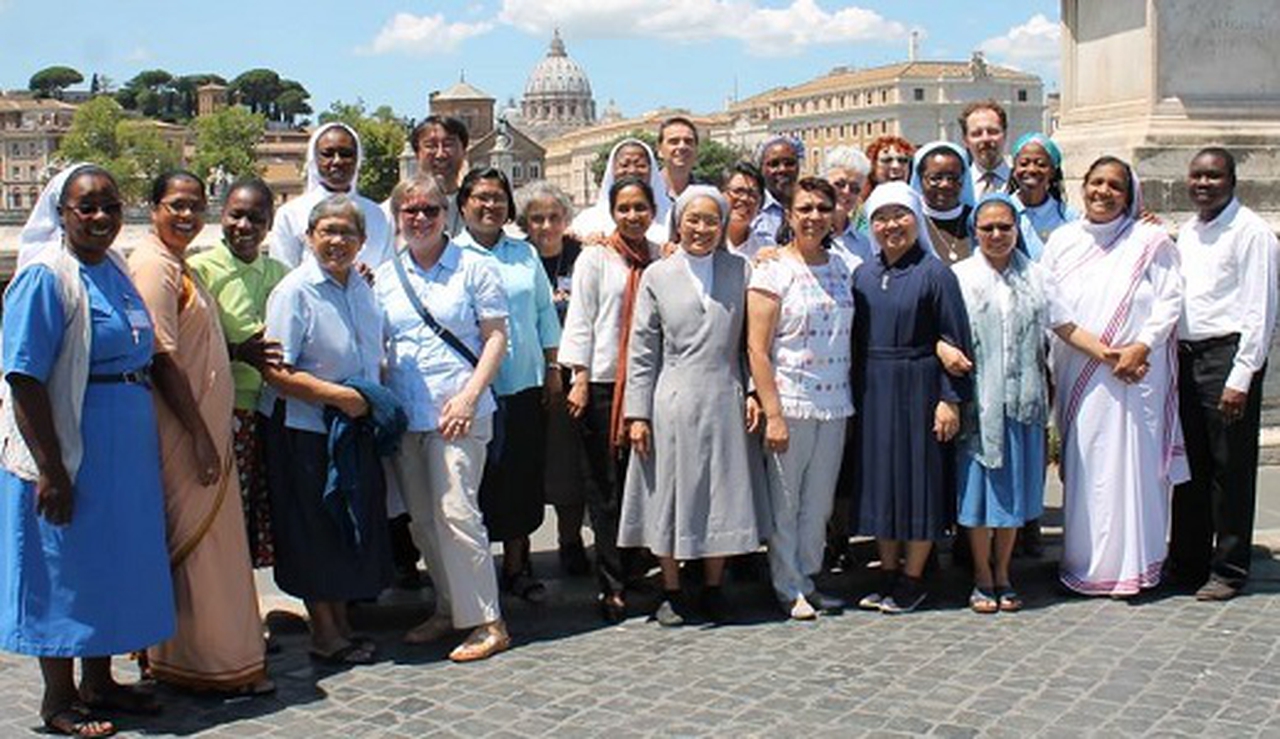 The first residential stage of the Training course for Talitha Kum leaders, mainly held at The Pontifical University Antonianum (PUA) in Rome from 4 to 16 June 2018, just ended. The training course, announced here last year, was launched in February and will conclude in March 2019. The modules were made available on the online section of the PUA website.

The course’s goal is to shape future TK coordinators and empower the present ones, e.g. persons who play or are going to play leadership roles within TK Networks and/or other networks dealing with the human trafficking plague.

The 22 students already enrolled in the course gathered all together in Rome for the first time. Almost all of them had never met before, they work in four continents and different corners of the globe.

The different cultural environments in which the participants work and their diverse nationalities were the first contribution to an overall very enriching experience. A good amount of the classroom time was, as a matter of fact, devoted to group tasks given by the lecturers, which involved sharing their own experience with each another and with the class.

During the course, on 13 June, the following online panel was organized at UISG: Good Practices To Combat Human Trafficking - Voices of Talitha Kum Networks around the world. About 35 people from all over the world connected to participate, a number above the expectations.

The lessons were partly aimed at providing the students with refined professional and relational skills that good leaders should have (Public Speaking, Element of Psychology, Integral Anthropology, Theological Ethics of the Human Dignity against Exploitation, Reading the New Testament, International Legal Framework, etc.), partly more technical, thus to enable them to, for example, understand, monitor or even design a project in their field of action (Organizational Requirements for Project Planning, Project Planning and Basic Project Components, etc.).  The two weeks (including Saturdays) have been intense.

The participants highlighted the importance of the course in light of the modern global dynamics of human trafficking which require more and more specialized leadership roles to be tackled, and how crucial networking is, now more than ever, to give strength to each and everyone’s actions and voices in the growing complexity of the issue itself as well as the geopolitical context where it occurs.

At the end of the residential course each student was helped to refine his/her own plan to be implemented in the next six months - i.e. before the second and last residential phase according to the course schedule – and a list of activities and relative deadlines were set so as to have an agreed-upon path to walk individually but not alone.