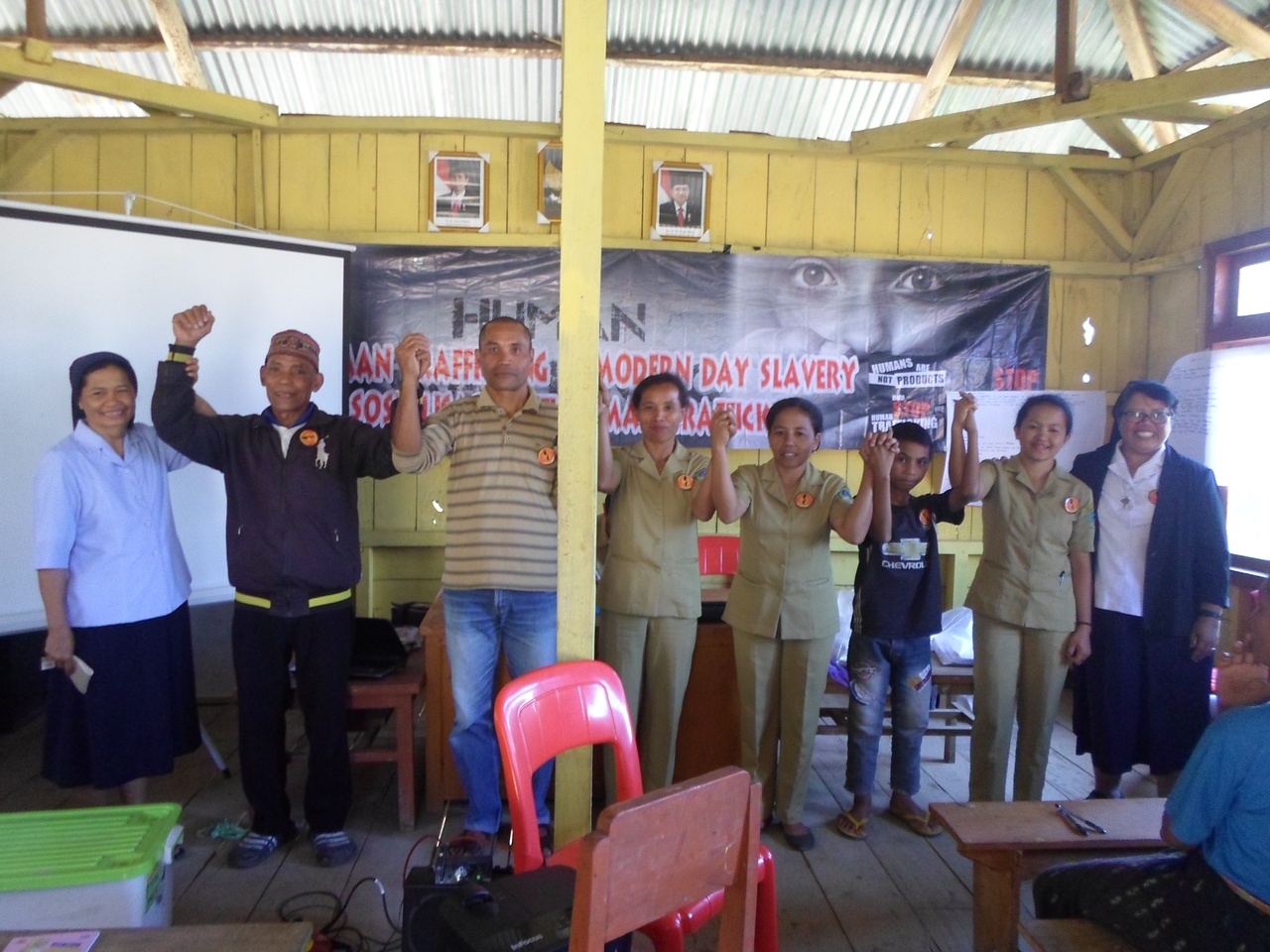 Thanks to the support of the Irish Government, Talitha Kum was able to support the network in Indonesia to implement an important project. Talitha Kum Indonesia plays an important role in training and organizing the Christian communities promoting activities of prevention and social rehabilitation of survivors of trafficking throughout the country.
The main areas of the projects concern prevention, formation and networking activities. The training allowed Talitha Kum Indonesia to increase its presence on three different cities, each one on a different island.

The number of the work are impressive: 95 person directly involved in the network; 210 persons for awareness raising activities; 594 people reached out. A massive presence that explain the key role of Talitha Kum in Indonesia.

Talitha Kum wishes to the ambassadors in Indonesia the courage to continue and thank Talitha Kum Indonesia for the incredible work they are doing.