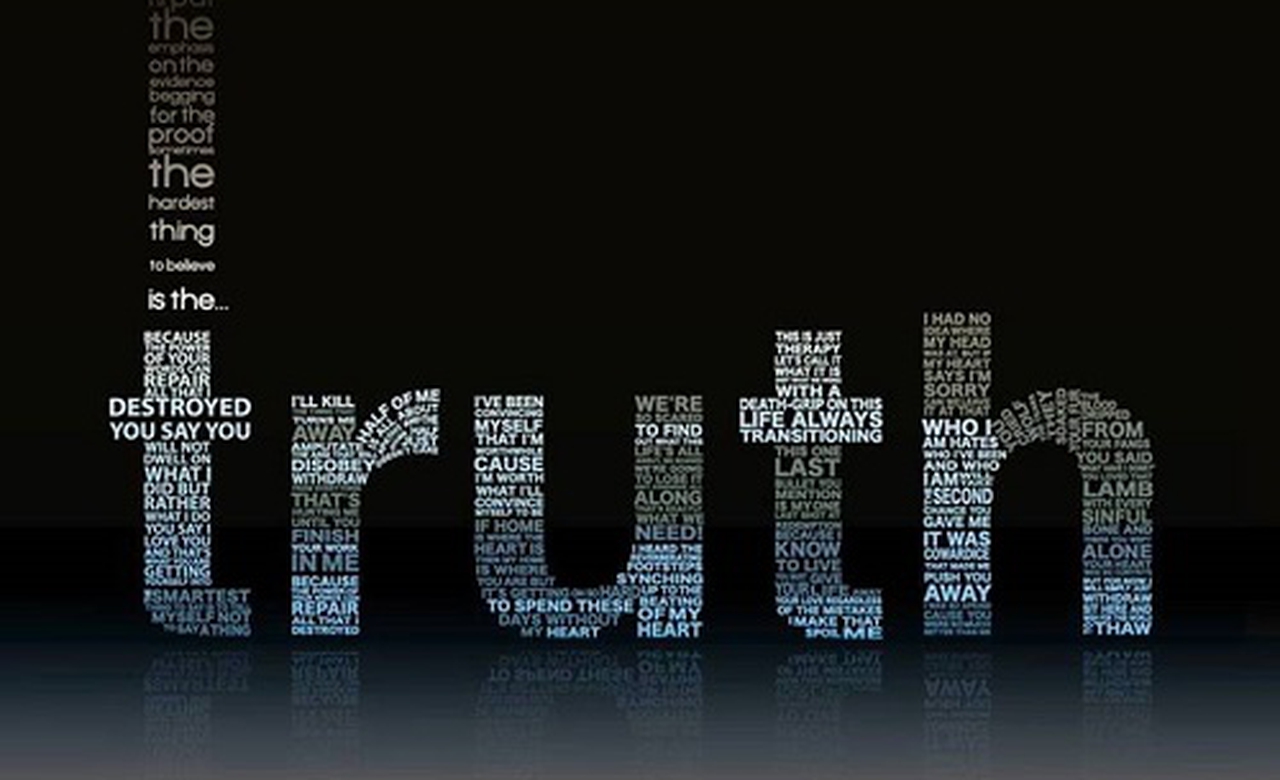 Prostitution and Human Dignity: The hypocrisy of  the German Model

A  few weeks ago, Pope Francis visited a center for victims of forced prostitution in the vicinity of Rome.  He defined this evil as "a crime against humanity". But what is this crime? How can we  distinguish voluntary prostitutes from those who are exploited and forced into prostitution?  Before further consideration of the terms, perhaps we should broaden our vision on the European situation, focusing on Germany, a country that is the center of Europe and not only geographically.  In the Palermo Protocol adopted by the UN in 2000, the consent of the victim of trafficking is defined as irrelevant, if coercion is used by the exploiters.  Coercion includes the "abuse of power or of a position of vulnerability" of the victim. The abuse of power and vulnerability are the basis of many stories, especially of women and children, in the field of sexual exploitation. However, coercion cannot be easily measured and the silence of many prostitutes, like the silence of battered women, cannot be seen as consent.

We now turn our gaze to the German legislation. The German law on prostitution came into effect January 1, 2002 and was introduced by the red-green government, fiscally recognizing prostitution as a profession. The new regulations eliminated the general prohibition of soliciting prostitution and allowed prostitutes to get a regular contract of employment. The founding principle of the new rules is that prostitution should not be considered as an immoral activity. The primary purpose of the law was to improve the social, labor and health conditions of prostituted women by allowing them to have a contract of employment, health insurance, access to pension and retirement benefits.

The secondary purpose of the law was to reduce crime and thus forced prostitution through full legalization. The assessment made by the Ministry of the Family in 2007 has brought to light the fears expressed by critics of this law, including the Organization SOLWODI, that only 1% of prostituted women have made use of the benefits of the law. In 2013, according to federal government data, only 44 people nationwide have used the health care benefits. The vast majority of prostituted women do not have an employment contract, but operate as "professional carers", as masseuses, dancers, etc.  Twelve years after the introduction of the law there is no improvement or even a reduction in the number of crimes linked to prostitution. Even the changes which are being debated to improve legislation are cosmetic changes. The law brought enormous benefits for the sex industry, allowing anyone, with no special prerequisites and controls, to manage a brothel.

Prostitution in Germany is almost entirely "in-door" and has a high product turnover. The united services union (Ver.di) estimates that prostitution produces about 14.5 billion Euros in annual revenue. In Berlin alone there are 600 to 800 brothels, not counting the private apartments where more and more young women and girls, especially from Eastern European countries, Africa and Asia, provide their services. Many have their first sexual relations in these health centres. But health centres for whom? Women who manage to escape tell us their stories. The majority remain silent, because behind these stories of exploitation and violence there is the family, and the family cannot escape. So these girls say they are voluntary in order not to get into trouble. And the government is silent. The lobby of the so-called sex workers speak and defend the rights of those few who can choose. But the majority, the vast majority of women, but also men and children do not speak. They are ashamed, their life is ruined. And what makes them feel even worse is that we call them voluntary sex workers. So they continue to be silent and we should not worry about a "crime against humanity" that takes place in our midst disguised by the colors, the lights,  the well-being and empowerment. The law on prostitution (ProstG) is based on the fundamental principle of consent and the existence of a clear dividing line between the voluntary and the forced prostitution.

This principle pillar of the regulated model is a farce, a rule made on paper in order to have, as they say, "your cake and eat it too", ie to allow the perpetration of gender inequality, violence against women and the flourishing of an industry that enriches the coffers of the state. In fact most prostituted women exist in gray areas  where there is rape, violence and the humiliation of people, whose lives have often been marked already by exploitation and injustice.  And the whole truth is masked with the terms of emancipation and sexual autonomy. But whose? Certainly not of those African women who seek help at our centers and in Germany are considered voluntary prostitutes. In order to protect their children in Africa, they do not even dream of denouncing the exploiters.  "Grace", came to Germany in the hope of being able to help her family but ended up in a brothel working 14 hours a day in order to pay the exploiters a sum of 50,000 Euro.  She was taken by police during a raid and arrested for being in possession of false papers. Grace was described as a voluntary prostitute. Like many of the foreign women, she had described herself thus, solely for fear of the exploiters.  In the Expulsion Centre, where I met her, she discovered that she had contracted HIV because of unprotected sex.. all part of the effort to bring more money to the traffickers.

Even German women become victims of trafficking, victims that no one defines as such.   "Selly", 20, has been working as a prostitute in her apartment for two years and delivered all the money to her Turkish-born boyfriend. A typical story of "lover-boy". The mother asked us to help, the police cannot do anything because Selly is 20 and says she works freely. She does not eat enough her mother says, she was brought to the hospital twice because she fainted. She has no further contact with family and friends. The mother can occasionally talk to her on the phone, but if she attempts to talk to her about her situation of exploitation, Selly closes the call. A policeman pretended to be a client and went to visit her.  He spoke of the possibility of denouncing her boyfriend but Selly would not do it. Our hands are tied says the police commissioner. These are merely two examples. There are many stories of exploitation and violence, masked by a law which makes a mockery of these women, giving them the power and autonomy of free choice, a power which unfortunately exists only on paper.

Sweden, however, chose the opposite path and said "stop" to violence against women when new legislation in 1999, acts in favor of prostituted women but punishes customers. The purchase of sexual services is penalized and not the sale.  Women receive support to find a job and customers complain. The aim is precisely to generate a change in mentality - a long and tiring process. The evaluation made by the Swedish government ten years after the introduction of the law, is encouraging, although to eradicate prostitution and crimes against women still take decades. But the mentality is changing.  Before 1999,  70% of Swedish citizens were opposed to the change, today the numbers are  reversed and 70% of the population are said to be  in favor of the law. Norway, Iceland and France have recently chosen the same path, introducing the Nordic model. Perhaps this discussion will be of help in countries like Italy which have not yet regulated prostitution but public opinion sees this path as a solution to the problem.  Let's stop saying that the problem is not resolved because “it is the oldest profession in the world”. Patriarchy is the oldest institution in the world!  If we cannot eradicate the problem, because it is a great business and those who pay the price are the women, let's not pretend that by legalizing it we have solved it. If anything, we have merely cleansed our consciences superficially. Human dignity has no price but we spend many words speaking of this "crime against humanity". However, we must also listen to the silence of those who have neither the strength nor the luxury of speaking.

Sr. Beatrice Mariotti, a Comboni Missionary Sister, worked for ten years with Sister Margit Forster in the center SOLWODI (Solidarity with Women in distress) in Berlin, which specializes in the support of victims of trafficking and prostitution especially those from African countries. The organization was founded in 1985 in Kenya by Sr. Lea Ackermann, a Missionary Sister of our Lady of Africa. She started the organization in Mombasa as a center of assistance, training and re-integration for the victims of prostitution (forced by poverty) and sex tourism. In 1987,  when she returned to Germany, Sr. Ackermann decided to open a SOLWODI center in Germany, because she realized that most of the customers on the Mombasa coast were of German origin. The organization has specialized over the years and now operates 17 centers for assisting victims of trafficking throughout Germany. SOLWODI also exists in Kenya, Austria and Romania. In addition to direct aid to the victims, the organization undertakes activities in the field of prevention, in Germany and in some countries of origin.  It does this in terms of social awareness, in the defense of women's rights and in lobbying to develop policy on specific issues. For years SOLWODI (Solidarity with Women in distress), which is the largest German organization active in this area, has been one of the few voices against the regulation of prostitution, brought about by German law ProstG which came into force in 2002. The decision to speak out and fight for a change in the law, is not ideological, but founded on Christian values, especially the mandatory value of human dignity. It is supported by the stories of thousands of women and girls who have received help and support for more than 30 years and by new perspectives in the various centers.