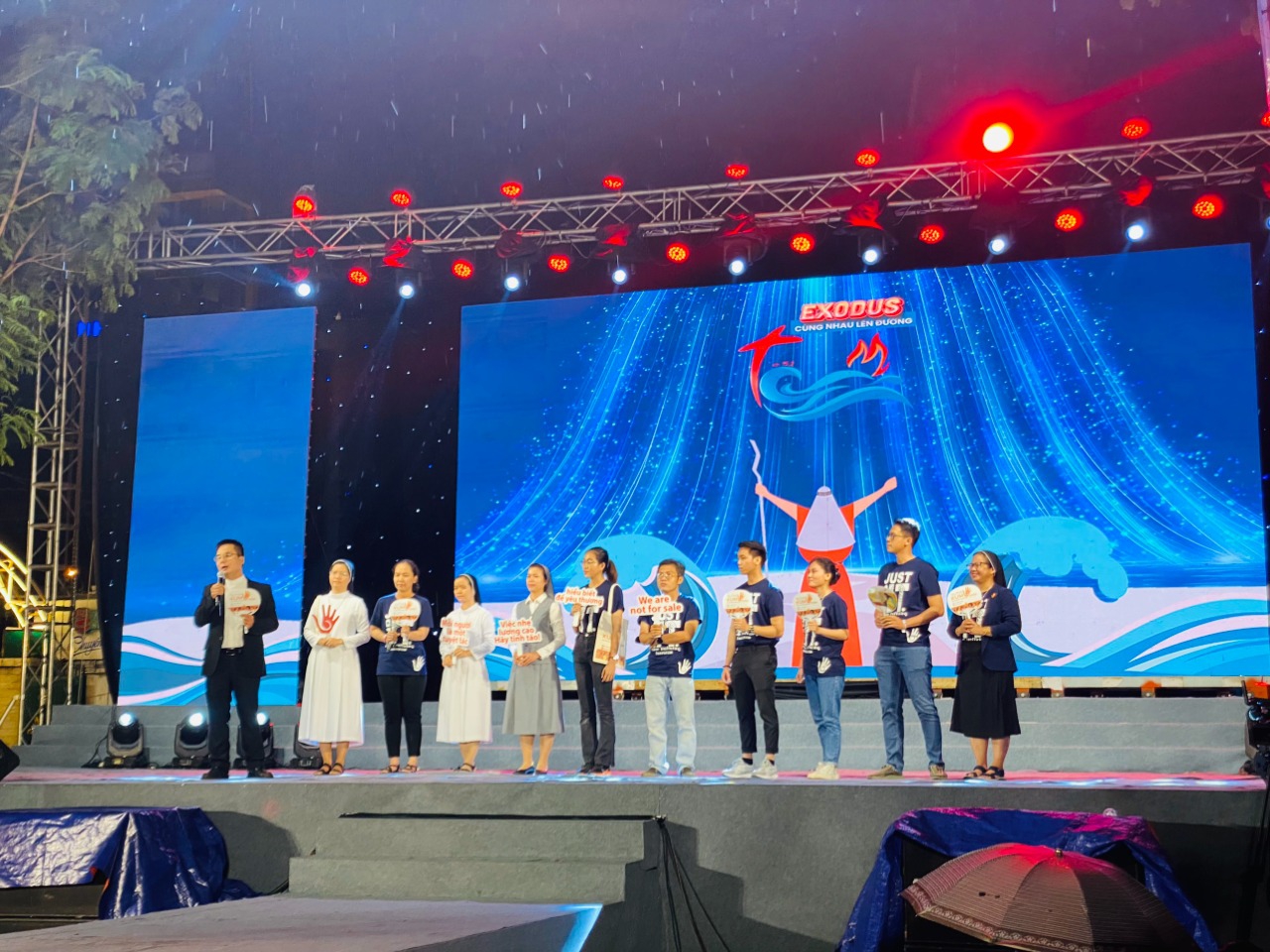 The theme of the Youth Day was “Exodus”. Its main purpose was to inspire youth to join any of the participating groups. With banners, messages, gifts, and a decorated booth, members of Talitha Kum Vietnam invited all participants to visit their stand and take part in their mission and network. Many participants showed interest in Talitha Kum’s mission and visited their stand, including priests, sisters, and Archbishop Joseph. They took this opportunity to share with Archbishop Joseph the concerns and needs that Talitha Kum Vietnam has, especially regarding networking.

The event was a complete success. Archbishop Joseph showed his support for the organization and invited participants to collaborate with Talitha Kum’s mission. Moreover, Talitha Kum Vietnam was granted the opportunity to come up to the stage and talk about the organization.

Talitha Kum Vietnam gave a grand finale. As a result, many interested young people expressed their desire to join the network. Talitha Kum Vietnam is also now known to many priests and religious sisters and brothers in the Sai Gon diocese.

We are beyond excited about Talitha Kum Vietnam’s accomplishments and look forward to the many more that will come.