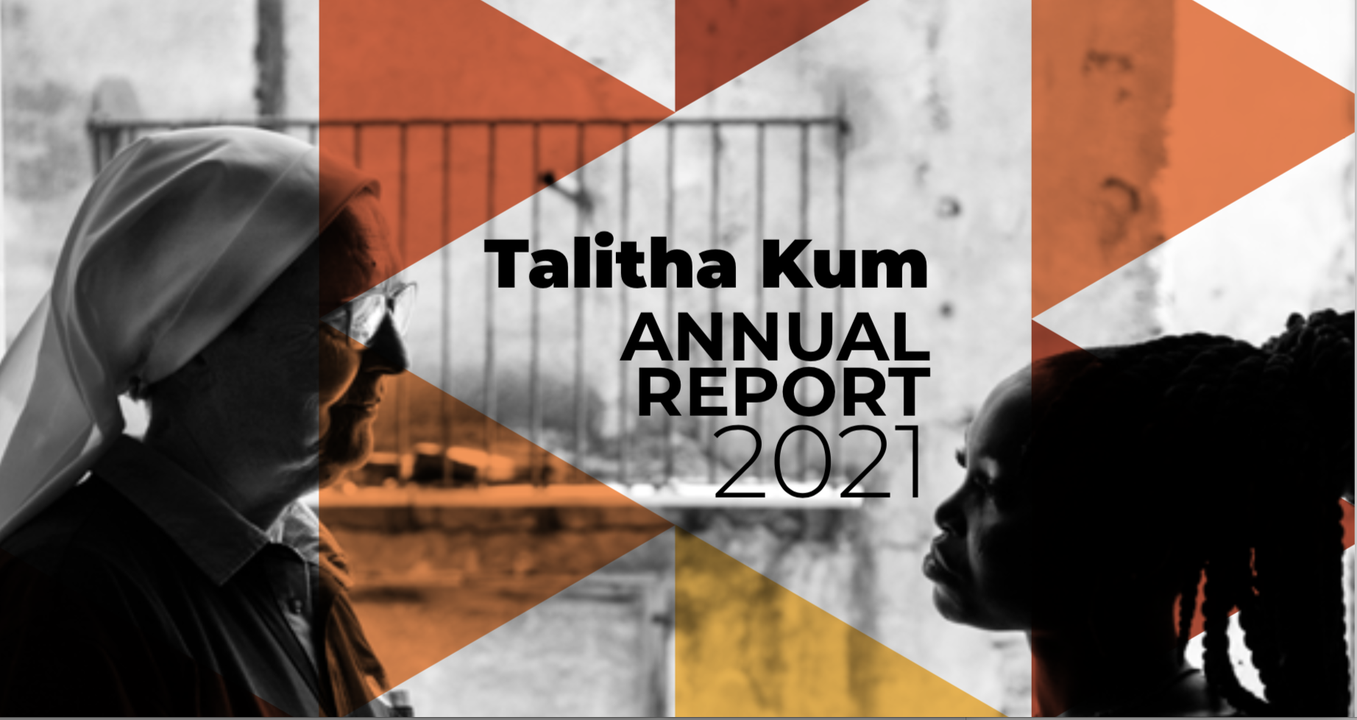 While victims of trafficking increase, so do actions to fight, prevent and bring awareness.

June 28th 2022 – Today, “Talitha Kum”, the international network against human trafficking founded at the International Union of Superiors General, presents the report of its 2021.

In the report, there is a summary of the activities of the past year and an outline of the commitments for the years to come.

In 2021, Talitha Kum saw a numerical and qualitative increase in its activities, despite the Covid-19 pandemic making preventative activities harder: we are present in 92 countries with 55 national network (five more than the previous year) and 6,039 people actively involved in antitrafficking in all continents. 336.958 are the people who have been reached by Talitha Kum globally. Of these, 258,549 benefitted from prevention activities, while 19,993 are victims and survivors being supported and 58,416 are involved in networking, formation and capacity building.

“In the past year, we have come into contact with the pain caused by different kinds of violence, conflict and war. Violence against women has increased, as has been noted by all networks, especially in Latin America. The number of people suffering from hunger has also increased. This has caused large movements of human beings. Trafficking is profoundly connected with these movements. In 2021, the Talitha Kum networks recorded a dramatic increase in the injustices suffered by migrating populations, who are evermore vulnerable to sexual and labour exploitation, as well as to forced marriages and begging” declares Sister Gabriella Bottani SMC, coordinator of Talitha Kum International.

“I would like to thank the members of the Talitha Kum Coordination Committee on behalf of the UISG, for the tireless and prophetic effort in fighting trafficking of human beings and for the synergy and collaboration that has been created with thousands of people around the world, who commit themselves to combatting human exploitation and eliminating all forms of slavery. The commitment of Talitha Kum has grown throughout the years, achieving important results that fill our hearts with hope and of faith in the future, even though the road is long and there are many steps that still need taking” declares Sister Nadia Coppa, ASC, President of the UISG.

As well as the actions of the network in detail, the report also contains the recount of three initiatives that were particularly significant in 2021: the launch of the first Call to Action, the “Young Ambassadors of Talitha Kum” initiative and the International Day of Prayer and Awareness against Human Trafficking.

The collection and analysis of the data for the Talitha Kum report involved all the regional and local networks. The research was made possible in collaboration with the Faculty of Social Sciences at the Pontifical Gregorian University, with the coordination of Professor Peter Lah and Sister Mayra Cuellar, MdB.

The report was produced by Talitha Kum with the contribution of the Global Solidarity Fund.

The report is now available in English and will be made available in Italian, Spanish and French in the coming weeks.

Some data on human trafficking:

There are tens of thousands of victims of human trafficking each year; 72% are women and the annual total revenue of trafficking is 150 billion dollars.