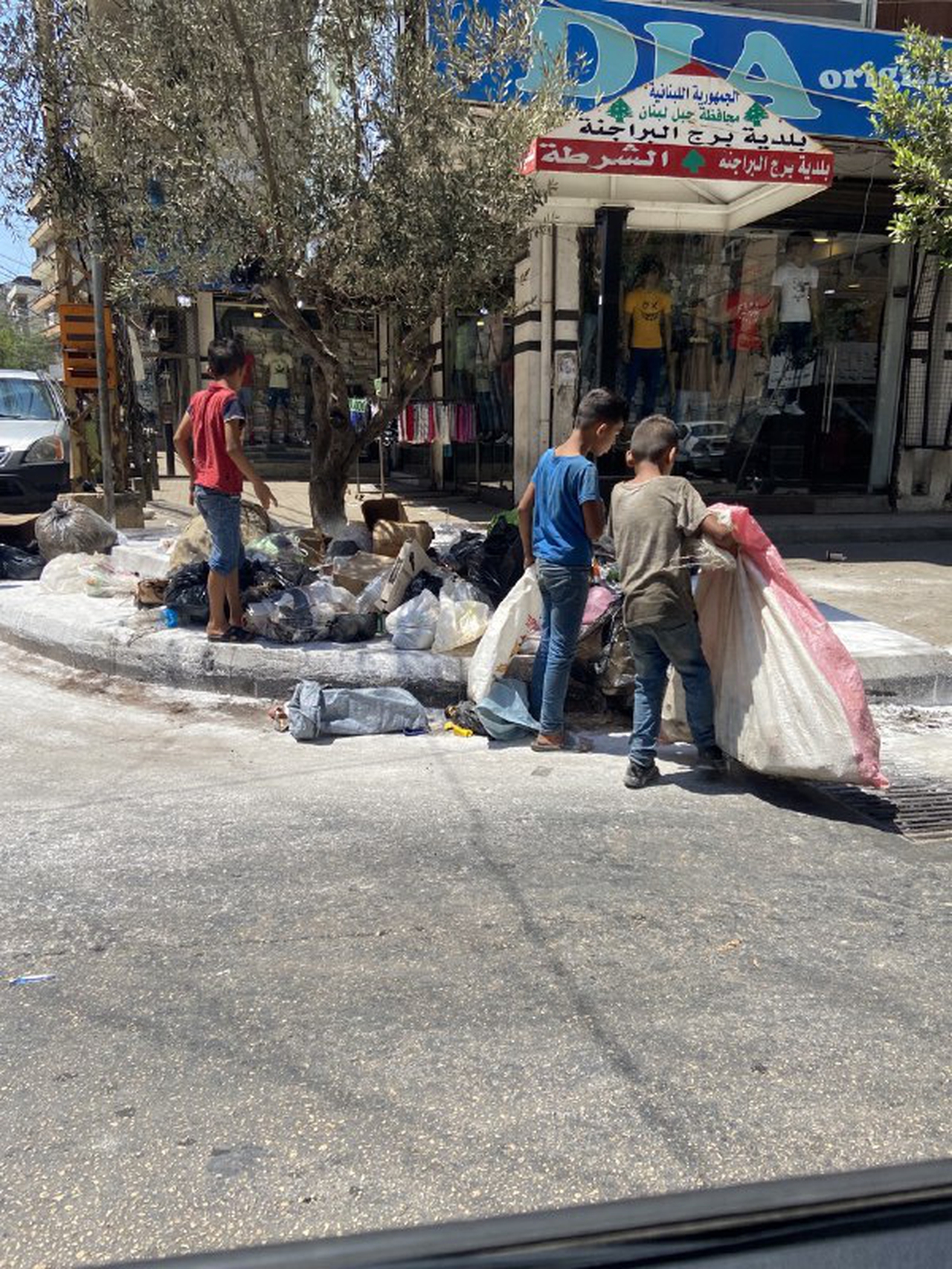 It’s 7:00 am. You pass by the poorest suburbs in Beirut, and take a look around. Children running everywhere. Some carrying a backpack and rushing into school, others carrying heavy boxes and preparing the markets for the early customers. This is not an unusual sight, yet it should not be this common either.

Child labor is a sad reality in Lebanon. It is a tremendous issue affecting societies nowadays. It is a form of exploitation. Furthermore, it is a path which precipitates children into the trunk of the traffickers. The poverty and vulnerability of the families lead the parents to make their children drop out of school and play a considerate part in family work from an early age. These children are being exploited both by their parents and their employers. Karim, an 11-year-old boy, works with a carpenter under very difficult conditions, using the heaviest and most dangerous tools. He works for long hours in order to make 50.000 LBP per week. He is often beaten and locked up in the bathroom for hours. Karim is being mentally and physically abused by his employer pretty much every day. The situation needed an immediate intervention.

As a member of  ينابيع الامل (Wells of Hope) network, one of our  most important tasks is to organize awareness sessions, in areas below the extreme poverty line, for women, teenagers and children about human trafficking, and through that, child labor, which can be considered one of the worst forms of human trafficking. Thus, areas like the Southern Suburbs of Beirut, Palestinian camps, Chiyeh, Ayn el Remmaneh, Sabra camps, Nabaa, Sin el Fil and Bourj Hammoud, as well as Tripoli and the Beqaa region are in extreme need of attention and social care. Our social worker consults these children and their parents one on one, finds out their needs and explains to them how to protect themselves. The children are also given a contact number for emergencies. During these consultations, we noticed that some of these children were in extreme need for psychological support, given the fact that they have been exposed to physical and psychological abuse.

Ahmad, 13-year-old, a Syrian refugee, who left school to work at a minimarket lifting heavy boxes for more than 14 hours a day was recently subjected to physical abuse; he had been obliged to carry a very large number of heavy boxes in one day. According to the mother, her child could not move out of his bed for two days. With our intervention, we could gather some information and managed to take care of small needs, but unfortunately, we could not do much, because we do not have other alternatives. The only thing we can do as “Wells of Hope” is to thrive to make these children’s working conditions better, to raise awareness in order to prevent labor exploitation and refuse to be taken into the path of child trafficking.

Lately, we are noticing that the number of children dropping out of school for work is increasing. One of the reasons for this is the current economic crisis as well as the political instability, as families do not have enough income, and with poverty and unemployment, children are put to work so they can have enough money to survive. Here is the story of a 10-year-old boy who worked in an ice company. Not a very long time ago, while putting the ice in the truck of a customer, he was brutally forced to get in it. He was lucky enough to be able to escape.

Poverty, lack of opportunities and awareness are leading many parents to the conclusion that in order to survive, their children must be sent to work instead of school, as they think that studying will not bring them a better future, as long as they do not have a good quality of life at the present. Little do they know, that their children are subjected to trafficking.

It is true, that we do not work directly to prevent child labor, but we are doing our best to raise awareness about this issue among the poorest societies and the refugees, because we believe that this is a very important social issue that must be tackled nowadays, especially with the technological and technical developments. These are vulnerable children and are considered underage workers. And working in unsafe and unhealthy places, for very long hours, using dangerous tools or chemicals, being subjected to verbal, physical and mental abuse, mean that these children are heavily exploited and are victims of human trafficking.