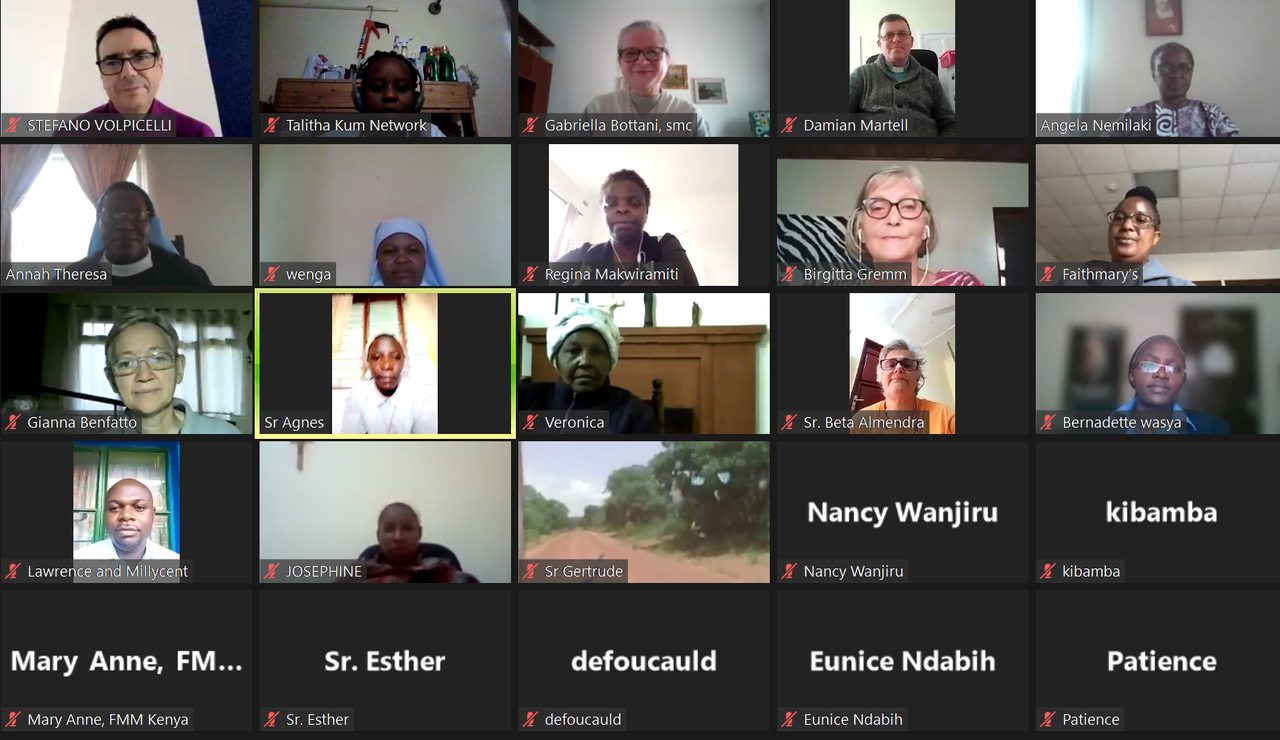 Following the worldwide growth of the Talitha Kum networks and the numerous requests from additional religious willing to join the networks in Africa, Talitha Kum International, in collaboration with the Tangaza University College of Nairobi, held “The first Basic Course of Talitha Kum in Africa”, an online training that ran in 2021 - 2022.

The aim was to provide tools for understanding and identifying the phenomenon of trafficking, and for fostering prevention and victim support.

A participant of Talitha Kum's basic course in Africa from Cameroon shares her testimony:

“I decided to participate in the basic anti-trafficking course because I wanted to learn more about human trafficking and be able to help people in difficulty, as well as to have the necessary resources to fight against human trafficking. The subject that I appreciated the most was "Raising awareness among youth". I learned that we need to help young people to change their bad decisions and we need to discuss and listen to the victims. The importance of the training of human trafficking here in Cameroon is that we first detect the different cases of trafficking. Sometimes by ignorance, some people do not know and do not realize the dangers, especially the promises of travel abroad. This is the challenge we have to face here. Cameroon needs to make more and more people aware, especially in remote areas.

After the training, what changed in me is the courage and zeal to fight human trafficking at my level. For the future, I am determined to go to every corner of Cameroon to raise awareness, especially among the youth, to look for those who have already been victims, to work with them and together fight against human trafficking”.  By Sr Nathalie Cécile Kanse

Once again, the organizing team and facilitators were committed to promoting, teaching, and raising awareness of what human trafficking is and to training new leaders against human trafficking. Thank you, Africa!

Photo of the second group