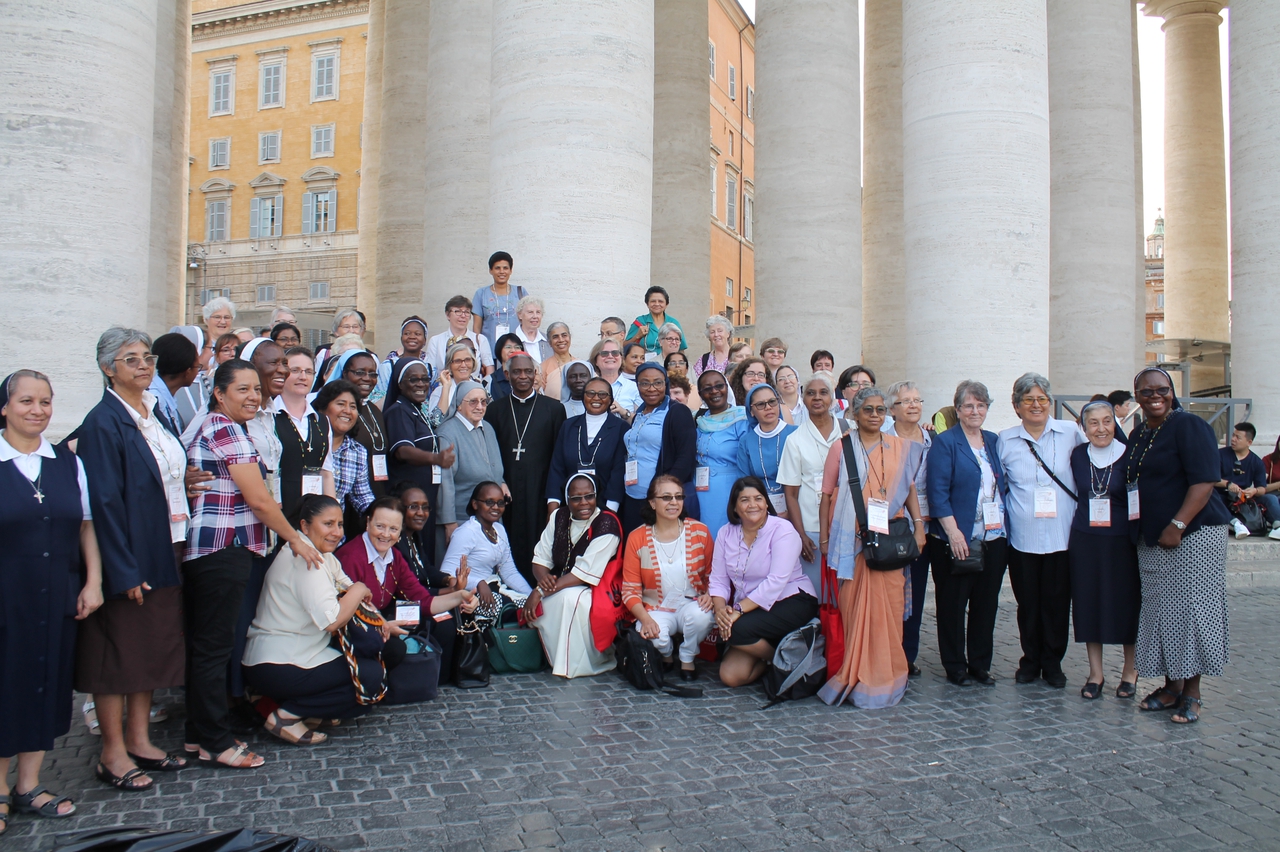 The extraordinary participation of the 86 delegates from all over the world inaugurated the first day of the 1st assembly of Talitha Kum! The General Assembly officially opened at 10:30am. Sr. Gabriella welcomed all of the delegates present: 21 delegates from Asia/Middle East, 19 from Latin America, 17 from Africa, 17 from Europe, 8 from North America, 4 from Oceania.

The assembly will work on setting the Talitha Kum priorities for 2020-2025 and elaborate the identity of Talitha Kum while strengthening collaboration between networks.

The Assembly is also an opportunity to seek Wisdom in community.
Old acquaintances were renewed; new friendships were kindled. Today was a day filled with the gifts of possibilities in order that we can further our common mission, to end human trafficking and exploitation.

Cardinal Turkson’s Homily after today’s Gospel of St. Matthew, resonated with each of us as we endeavour to respond to our Baptismal calling.

We are not all as fortunate as Matthew, to have Jesus’ words physically spoken to us by Him, but His words are always there- whether through another human being who is trafficked and abused, our conscience, the Blessed sacraments or any other number of ways that Jesus enters our lives.

Like Matthew, we are faced with the challenge of how to respond. We walk with Him by hearing His Gospel, living as His disciples and experiencing His intervention in our lives.
Today made explicit the reality that God’s Word and God’s wisdom are alive among us and can take us beyond our current understandings.  In seeing the face of Christ in the faces of the trafficked victims and survivors, we are called to respond in love.

Sr. Yolanta Kafka gave an opening welcome to the General Assembly and a brief history of the context of Talitha Kum over the past 10 years and the situation of human trafficking. Sr. Patricia Murray thanked a number of ambassadors who sent in their support for the General Assembly.

Sr. Gabriella Bottani then offered her opening remarks. This included reflections on the impact of Talitha Kum networks around the world and growing connections and support between networks.  She also talked about some of the root causes of human trafficking including sexism, neo-liberal capitalism, racism and xenophobia, and the normalization of exploitation.