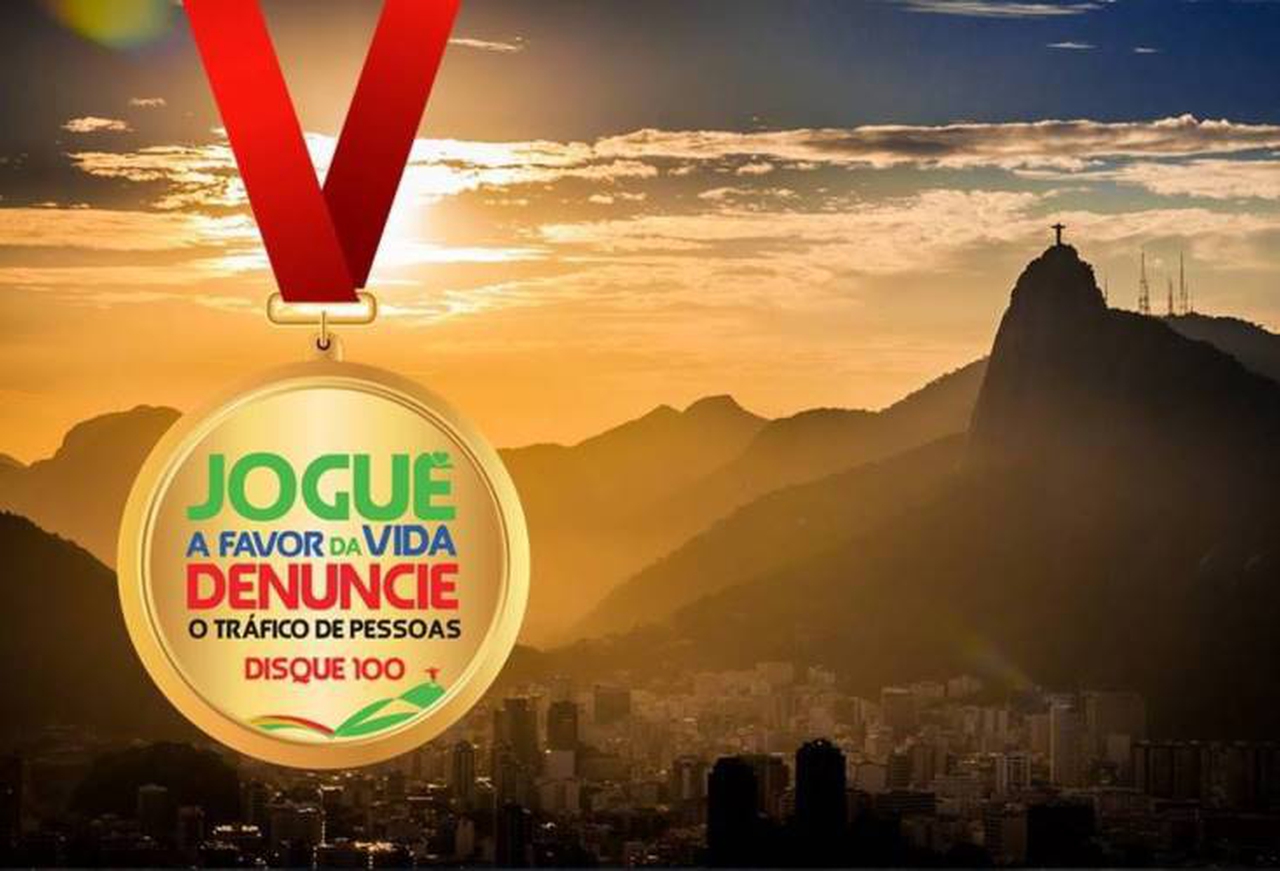 Win a Medal in Doing Good : Denounce suspected cases of trafficking and exploitation!

On the occasion of the 2016 Olympic Games in Rio de Janeiro, the Brazilian Network of Religious Against Trafficking in persons,  "Um Grito pela Vida" proposes the campaign "Play for Life", proposing a slogan which was already used during the 2014 football World Cup also held in Brazil. The campaign which was widely disseminated and during the soccer world cup, contributed to a 42% increase in the number of complaints of sexual exploitation of children and adolescents and of situations of human trafficking. So, the network has decided to continue the campaign but is also introducing some new elements. The chosen symbol has the form of the heart with the Corcovado and the statue of Christ the Redeemer. These Images are reminders of the city of Rio, the "Blue Heart" campaign against trafficking and the year of Mercy, which we are celebrating. To commit oneself against trafficking, in favor of life is in fact a work of mercy!
Talitha Kum supports the campaign, inviting all the tourists who will travel to Rio for the Olympics to denounce all forms of exploitation, which are brought to their knowledge, especially any sexual exploitation of children and adolescents. In Brazil, the number to dial is 100. It is a toll free number where complaints may be lodged, even anonymously. Do not remain indifferent!
MAJOR SPORTING EVENTS bring with them a number of risks and situations that challenge and require a commitment by all because these can be hidden and minimized. At major events, the conditions favour the deception of people with false promises of more jobs and a better life. In this context, the 2016 Olympic Games will attract a lot of tourists, who can be infiltrated by criminal organizations interested only in forced labor and sexual exploitation of socially vulnerable persons. There are several governmental and non-governmental organizations that are concerned as the real risk of exploitation increases. The city of Rio de Janeiro is one of the main Brazilian cities that attracts tourists who are interested in buying sex, even with children and adolescents. The campaign points out that sexual exploitation is not tourism, but a serious violation of human rights, which leaves deep wounds in persons, in families and in society as a whole.

The campaign "Play for life" has the following objectives:

The media and social media will play a major part in the campaign "Play for Life". There will be street actions, leafleting and sensitization in the cities of Rio and Manaus. To help raise awareness and stimulate measures for prevention, information material will be disseminated at various locations while high-risk groups will be invited to public meetings
The campaign message is one of hope. It is an invitation to do good, to counter the banality of violence and exploitation with the creativity of love. It is a call to have courage and not to not feel alone. There are many people who are committed to making our world a better place.

The campaign "Play for Life" invites us to take a stand, not to submit passively to the arrogance of those who want to manipulate and use ALL, even  SPORT and LIFE for power, pleasure and greed.