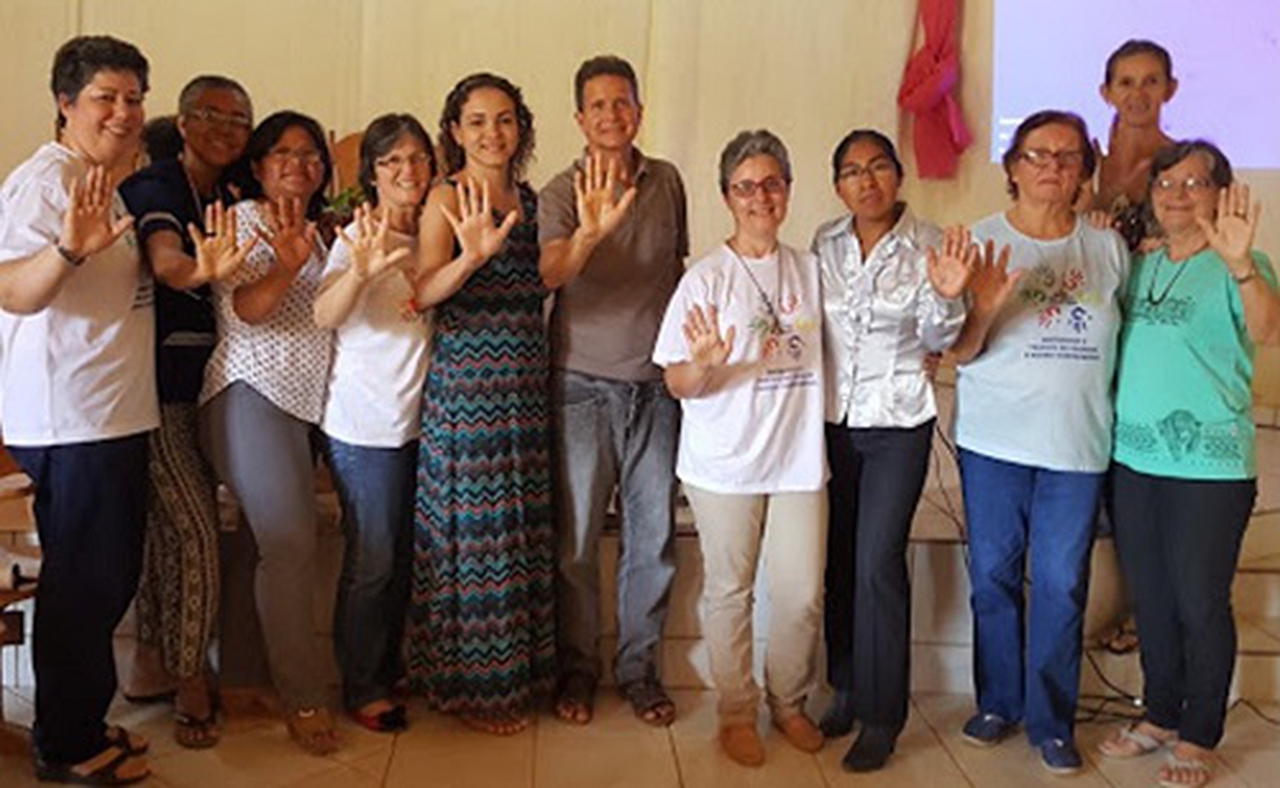 A new group of Talitha Kum, the network of religious life to prevent and combat trafficking, has been formed in Latin America, in the border region between Brazil, Peru and Bolivia.

A meeting was held on June 18, in the city of Assis Brasil (Brazil) where  the following three networks participated  -  the Brazilian Network "Um Grito pela Vida", the Peruvian Network of Red Kawsay Iñapari and Iberia and some representatives of São Pedro de BOLPEBRA (Bolivia).

For some time various Religious  present in the region have been studying the reality with a view to joining forces in combatting trafficking in persons in the tri-border region between Brazil, Bolivia and Peru. The routes and methods are varied as trafficking is both internal and international.  Some people are trafficked within the same country, while others are brought across national borders. The wide border region is easy to access, has low taxation.

The three countries: Bolivia, Peru and Brazil are both the source and destination for victims of trafficking for both labour and sexual exploitation.

In this region we find the Madre de Dios (Peru) known for the great gold mines, many of them illegal. Here, as in many other parts of the Amazon, trafficking for purposes of sexual and labor exploitation is intertwined with the destruction of nature – and  all for profit.

The Religious present at the meeting, knowing this sad reality at first hand and desiring to promote human dignity and life,  have undertaken with courage and responsibility to combat trafficking in persons as well as all forms of exploitation in the region